This combines my two main obsessions. Sigh.
No comments:

I've signed up Vinny Chong to design the cover for The Spiral Tribe. I'm excited! Vinny's a remarkable artist.

The Spiral Tribe has its own contributor blog: 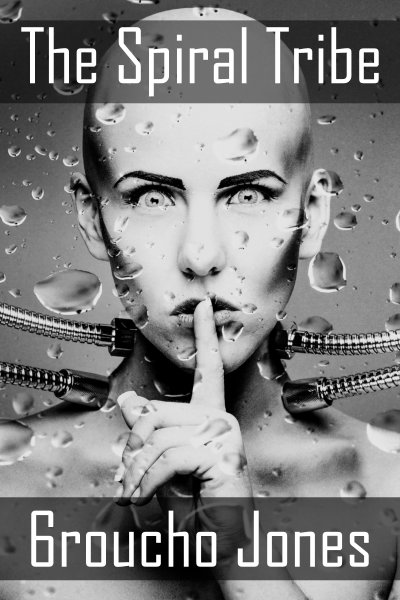 If you read and enjoyed the play, then please like its Facebook fan page. As Mark Coker of Smashwords says: the greatest danger to any author is obscurity.
No comments:

Amphetamine is on Amazon 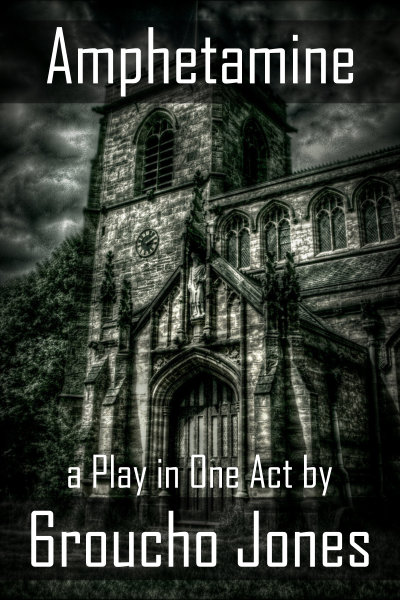 Tell us about your play, Amphetamine.
It's a twisted little story about damaged people. Damaged how? That's the question.

Would you describe it as a ghost story?
Absolutely. There's a very good chance that one or more of the characters is a ghost. What more can you ask for?

Why the title?
Party drugs unhinge the doors of perception. My experience is that they make all things possible. Reality is the gorilla in the room, waiting for you to come back down.

Why the pseudonym?
Groucho has been my online name since the early days of the Internet - I'm that old. Once I was banned from a forum and I changed it to 6roucho, so I could sneak back in, and it stuck. I added Jones to make it more ordinary.

What were you banned for?
For calling someone a racist after they made Islamophobic comments.

Do you care about social justice?
Very much so. There's not enough kindness in the world.

Can you explain some of the philosophical references in your play?
I'd like to be able to explain them to myself! I'm a Taoist, so I embrace the overarching mystery of things. But I didn't set out to write a Taoist play. My favorite philosopher is Wittgenstein, because he has such a turbocharged quality, and I had the Tractatus in mind when I wrote Amphetamine, hence all the cryptic aphorisms. In the Tractatus Wittgenstein says that 'Death is not an event in life: we do not live to experience death.' That knocks my authorial and philosophical socks off. My artistic purpose was to try to portray that kind of self-referential strangeness. Philosophy's a great source of strangeness.

Do you believe in the supernatural?
I'm a scientific rationalist. I don't believe 'in' ghosts, but I'm neutral about whether they might exist. They certainly exist in art. The supernatural is unknowable by definition.

What are your hopes and wishes for the play?
I hope people will read it! If someone performs it then I'll be overjoyed. I think it could make a great short film, with the right kind of direction.

What are you working on now?
Apart from my day job, which is writing cryptographic software, I'm working on a novel called the Spiral Tribe, which was the name of a radical dance faction from the 90s. The book has nothing to do with clubbing or drugs. I promise it'll be less dense and self-obsessed than Amphetamine. I'm also working on a 10-minute play called Attention Span.

Can we expect to hear more from 6roucho Jones in the future?
Yes. My goal is to retire from business and write full-time, and I'm getting there.

Finally, is Amphetamine a pro- or anti-drugs story?
Drugs are dangerous. You only get one mind. Stay safe.
No comments:

Amphetamine is FREE on Smashwords 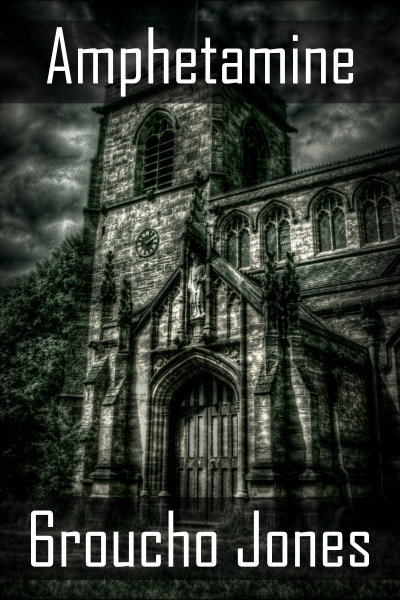 Welcome to my writing blog. I'm currently working on two projects: my novel The Spiral Tribe and a play called Television. My play Amphetamine is free in the Smashwords store. Please read it!

6roucho Jones
One morning I shot an elephant in my pajamas. How he got into my pajamas I'll never know. 6roucho Jones is a business owner and writer.